At the time of this post, I haven’t played the games. I have just witnessed the fallout online and these are my thoughts on that, take what I say with a pinch of salt. 😊

I want to open with this question, do we expect too much from Gamefreak? The development team is pretty small, and this is their  first foray into developing a Pokémon game for the Nintendo Switch.

While the games are played by people of different ages, the target audience is usually aimed at younger players, the mechanics are kept simple for newer/younger players with enough to keep older players invested as well. For most people, myself included, this is their first RPG. They are simple in formula and mechanics, which is perfect for a more casual RPG experience, with lack of a better word.

It keeps the same formula from other JRPGs, there is a party system, healing system, level system etc. Pokémon puts emphasis on building a team to take on the regions best trainers, you have to pick and choose based on type, stats and their ability to learn moves to solve puzzles. Again, unlike other games of the genre, this is simplified by having to teach a member of your team a move that can cut down a tree, for example.

I’ll begin with the “controversy” that started this whole mess, the lack of the National Dex. This change made sense to me, there are 890 Pokémon now, expecting Gamefreak to put that many Pokémon in the game. There have to be sprites, animations, back sprites. On top of this, each Pokémon has a shiny form, as well as gender differences. Imagine the sheer amount of work, and storage that they’d need. Also, having so many of the older Pokémon could take away the attention from the new additions, so it makes sense that they got the cut. Sadly, this meant many favourites were removed, but the overreaction to this got out of hand, the amount of toxicity that was thrown about was rather petty.
I know there are people who would want to go for 100% dex completion, but I doubt the majority of fans would want to attempt such a feat. I have completed the Pokédex fully twice in two generations. Generation 1, I needed to use the Mew glitch to pull this off, as well as the Missingo glitch and trading between myself for the others I needed. I also completed the National Dex in gen 4, there were 493 Pokémon, this was a tad easier since online was introduced in generation 4, but it took over a year trading from the GTS and arranging trades online for event Pokémon, such as Darkai and Arceus. It is more hassle than it is actually worth. 😅 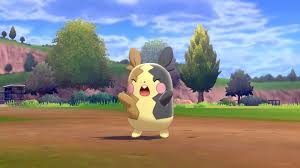 I saw the Game Freak Lied hashtag, I will admit, but that I did make fun of it at first, the idea of this blowing out of proportion like this just seemed petty to me. I understand people would be upset, but to this extent? Game Freak stated that the reason Pokémon were cut was to improve the animations and devote more time to the newer Pokémon. Massively cutting down the number of Pokémon would help this. Then it was discovered that Game Freak had been using models from the previous generation to build on, rather than building them from scratch. This is common practice in the gaming community, but the community had felt the developers had been dishonest and this kick started that trend on Twitter.

All of this drama has resulted in the developers and animators getting death threats, a lot of toxicity being thrown around on social media, and people wanting the franchise that they supposedly love to fail over this. If you don’t like the direction that a company is going with a franchise, by all means, you can provide feedback and critism, but death threats? That crosses the line, you do not have to play these titles, there are plenty other franchises about to fill the gap these games could leave.

There is more to this than I have written about, but I only spoke about what I saw take place. I have no intention of stirring the pot, I can only give opinions on things I have witnessed. I’ll leave a link here to ScreenRant.com that sums this up fully.

At the end of the day, creating video games isn’t an easy profession. They spend so much time working on every detail. Granted, this doesn’t mean you have to enjoy them, you just don’t have to throw so much toxicity at any development team. Be an adult.

2 thoughts on “Pokémon Sword & Shield: Is The Controversy Justified”